Chinese restaurants in the United States began during the California gold rush, which brought twenty to thirty thousand immigrants across from the Canton (Kwangtung or Guangdong) region of China. The first documented Chinese restaurant opened in 1849 as the Canton Restaurant. By 1850, there were five restaurants in San Francisco. Soon after, significant amounts of food were being imported from China to America’s west coast.

The trend spread eastward with the growth of the American railways, particularly to New York City. At the ratification of the Chinese Exclusion Act of 1882 there were only 14 restaurants in San Francisco. However, the Chinese Exclusion Act allowed merchants to enter the country, and in 1915 restaurant owners became eligible for merchant visas. This fueled the opening of Chinese restaurants as an immigration vehicle.

First catering to miners and railroad workers, they established new eateries in towns where Chinese food was completely unknown, adapting local ingredients and catering to their customers’ tastes. Along the way, cooks adapted southern Chinese dishes such as chop suey and developed a style of Chinese food not found in China.

Late 20th-century tastes have been more accommodating.  By this time it had become evident that Chinese restaurants no longer catered mainly to Chinese customers. Chinese-American restaurants played a key role in ushering in the era of take-out and delivery food in America.

The United States had 46,700 Chinese restaurants and a lot of Chinese-American chef when we come to 2015.

We are trying to introduce you to the best of these Chinese-American chefs. We have determined 10 names. We have compiled most of the information and photos about chefs from wikipedia. If there are chefs who want to join this list and want to be featured in the toptens lists, they can contact us.

Martin Yan was born in Guangzhou, Republic of China, to a restaurateur father and a grocer mother. Yan began to cook at the age of 12. He moved to Hong Kong when he was 13, and later attended the Munsang College in Kowloon City. During this time in Munsang College, he worked at his uncle's Chinese restaurant and learned the traditional method of Chinese barbecue. He received a diploma from the Overseas Institute of Cookery of Hong Kong and later left for Canada for continued study. Ten years after his arrival in North America, Yan received a Master of Science degree in food science from University of California, Davis, in 1975.

Yan began teaching Chinese cooking for a college extension program and appearing on a Canadian talk show from Calgary in 1978 (on CFAC-TV, now CICT-DT). He has hosted over 1,500 episodes of the PBS cooking show Yan Can Cook since 1982. His shows have been broadcast in over 50 countries. He currently hosts Martin Yan – Quick & Easy. He also hosts Martin Yan's Chinatowns, where he tours Chinatowns around the globe as well as "Martin Yan's Hidden China."

Yan has opened a chain of Yan Can Restaurants and founded the Yan Can International Cooking School in San Francisco. He has written over two dozen cookbooks.The American Culinary Federation has designated him a Master Chef.

In 2007 he supported and endorsed the establishment of the World Association of Master Chefs.

He is not related to Chinese Canadian chef Stephen Yan of the CBC Television series Wok with Yan, though Martin was an employee and had worked for Stephen Yan in the 1980s as demonstrator for Stephen's products.

Ken Hom OBE born May 3, 1949 is a Chinese-American chef, author and television-show presenter for the BBC, specialising in Chinese Cuisine. In 2009 he was appointed honorary Officer of the Order of the British Empire (OBE) for "services to culinary arts".

His series for KBS, a five-hour documentary on the history of the noodle, sold in 23 countries and won the prestigious Peabody award in 2010. In 2012 he co-presented the BBC series Exploring China: A Culinary Adventure with Ching He Huang.

Since 1986 Hom has had a base in Paris. In 1997 he settled permanently in south west France in a restored 13th century tower.

David Chang born August 5, 1977 is an American restaurateur, author, podcaster and television personality. He is the founder of the Momofuku restaurant group, which includes Momofuku Noodle Bar, Momofuku Ssäm Bar, Milk Bar, and Momofuku Ko in New York City; Momofuku Seiōbo in Sydney; Momofuku Noodle Bar and Kojin in Toronto; and Momofuku CCDC in Washington, DC.  In 2009, Momofuku Ko was awarded two Michelin stars, which it has retained each year since. In 2018, Chang created, produced, and starred in a Netflix original series called Ugly Delicious. In 2019, he produced a Netflix original titled Breakfast, Lunch, and Dinner. On November 29, 2020, he became the first celebrity to win the top prize for his charity, Southern Smoke Foundation, on Who Wants to Be a Millionaire.

Roy Choi born February 24, 1970 is a Korean American chef who gained prominence as the creator of the gourmet Korean-Mexican taco truck Kogi. Choi is a chef who is celebrated for "food that isn't fancy" and is known as one of the founders of the gourmet food truck movement.In 2019, Choi began presenting a cooking series on Netflix with Jon Favreau titled The Chef Show.

In 2015, Choi and chef Daniel Patterson opened a restaurant called LocoL in Watts, Los Angeles, with the goal of bringing quality, healthy, and inspired fast-food to inner-city neighborhoods.

In 2019, Choi produced and hosted a TV series, Broken Bread on Tastemade and KCET in Los Angeles.

Joyce Chen was credited with popularizing northern-style Chinese cuisine in the United States, coining the name "Peking Raviolis" for potstickers, inventing and holding a design patent for a flat bottom wok with handle (also known as a stir fry pan), and developing the first line of bottled Chinese stir fry sauces for the US market.

Starting in 1958, she operated several popular Chinese restaurants in Cambridge, Massachusetts. Chen was diagnosed with dementia in 1985, and succumbed to it in 1994. Her accomplishments and influence on American cuisine were honored by the US Postal Service and by the city of Cambridge.

Susanna Foo is a Chinese chef best known for her work in Chinese/French fusion at her self titled Susanna Foo restaurant in Philadelphia, Pennsylvania. She has also owned and run other restaurants in Philadelphia and Atlantic City, and is a two-time James Beard Foundation Award winner.

You can find detailed information about Susanna Foo at this link: https://susannafoo.com/about/#Biography

Ming Hao Tsai born March 29, 1964 is an American restaurateur, television personality, celebrity chef, and a former professional squash player. Tsai's restaurants have focused on east–west fusion cuisine, and have included major stakes in Blue Ginger in Wellesley, Massachusetts from 1998 to 2017, and Blue Dragon in the Fort Point Channel area of Boston

You can find detailed information about Ming Tsai at this link:

Jet Tilakamonkul whose stage name is Jet Tila  is an American celebrity chef and restaurateur.

Tila was born in Los Angeles to Thai Chinese parents who immigrated to the United States separately in 1966.Jet Tila is the chef of the restaurants The Charleston and Pakpao Thai. He has appeared on television series including Beat Bobby Flay, The Best Thing I Ever Ate, Chopped, Cutthroat Kitchen, and Guy's Grocery Games. He was a contestant on Iron Chef America but lost to The Iron Chef.

She graduated from Concord Academy and then from Columbia University, where she earned a degree in French literature. While a student at Columbia, Lo spent time at its French language institute in Paris. It was there that she developed a love for French cuisine. A year after graduating from college she moved back to Paris to enroll at the culinary school L’Ecole Ritz-Escoffier. While a student there, she interned with top French chefs Guy Savoy and Michel Rostang.

This site uses Akismet to reduce spam. Learn how your comment data is processed. 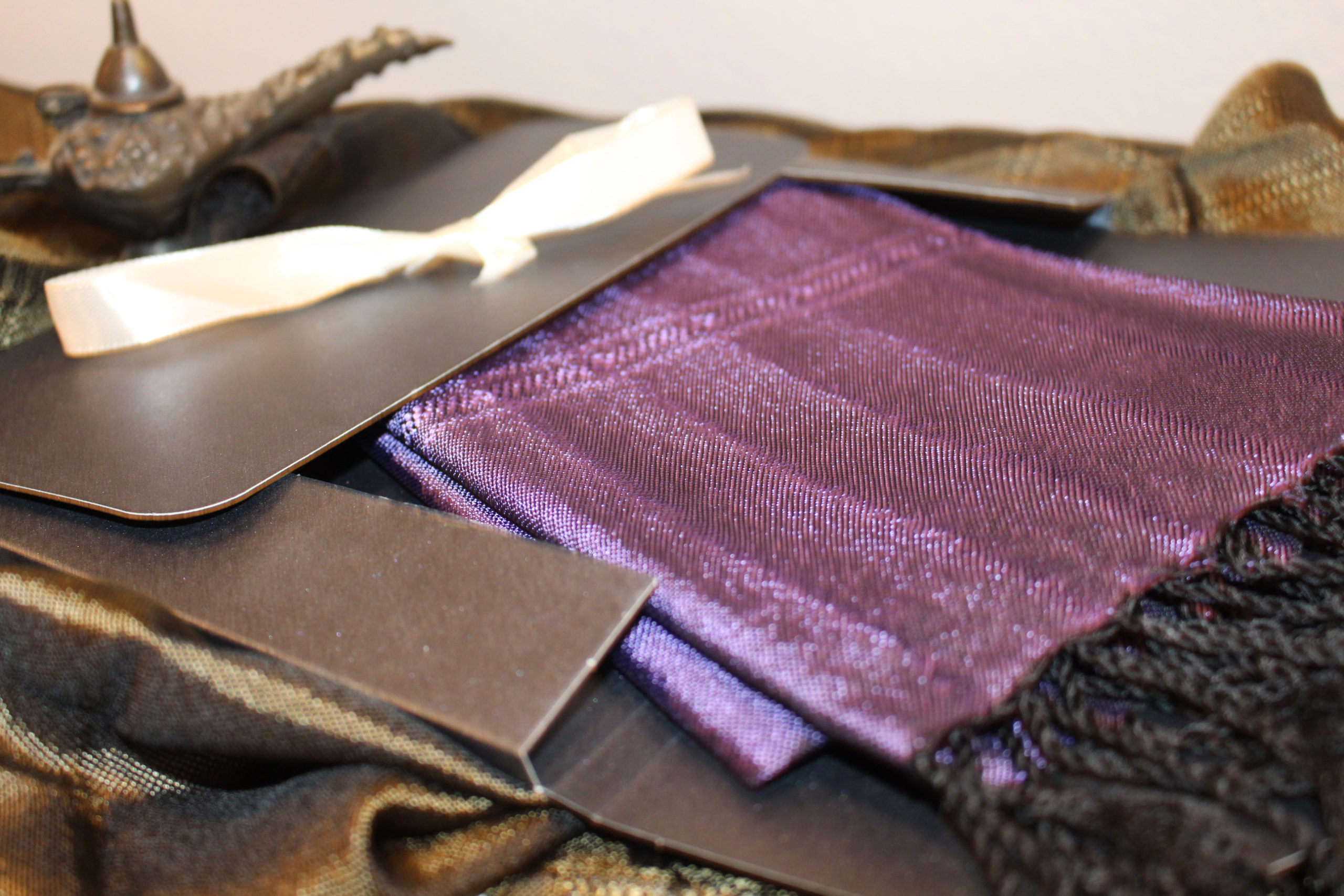 Breakfast around the world: How do people start their days in different places?

No matter where you travel, breakfast is an important meal of the day and so are the ways people...
World Cuisines

Breakfast around the world: How do people start their days in different places?

Top 10 cuisines to try when in Australia

You can find everything you want about food and drink from all over the world.
Contact us: info@fooddrinkmagazine.com

Top Ten Best Milk Brands in the US (Will be chosen...